The insurance agency had big visions and goals – become the #1 Medicare insurance agency in the US. The brand was using Facebook Ads only as a source of generating new leads and customers via forms on the platform.

The brand wanted to increase the conversion rate from the leads that they were generated. They had used webinars and landing pages, but wanted to test chatbots as well.

Hannes built a chatbot funnel that would qualify the leads in a fun and engaging way, and collect information needed. In the chatbot we received the following information:

After the lead had filled out all of the information, an agent for the agency reached out via phone to offer medicare insurance services.

The lead was sent to the agency CRM system and uploaded in a Google Spreadsheet as well, all automated. This was done via a connection from the Chatbot platform Manychat via Zapier.

We used Facebook Messenger and built the chatbot in Manychat initially, which allowed us to use Facebook’s infrastructure and keep the prospect in the same platform when we advertised on Facebook. Later on we also added the chatbot platform Tars which is a web-based chatbot platform that works a bit differently. This allowed us to test different approaches to maximize the results and the cost-efficiency.

We set up clear tracking and UTM’s so we could not only understand the cost per lead but also cost per acquisition to get a better understanding of what platform worked the best.

The chatbot was fully automated and allowed the insurance agency to streamline the leads, qualify them and receive the information needed, and later on, reach out to them. It was connected to the agency CRM system and could be used with advertising campaigns in a highly efficient way. Approximately 50% of the leads that were initiated a chat in the chatbot finalized it and the agency received their email address and phone number that allowed them to reach out and offer insurance plans.

We ran ads for this client as well with successful results. You can find the case study for Facebook Ads here: https://hannesmedia.com/41715-leads-for-the-fastest-growing-medicare-insurance-agency-in-the-us/

Do you want results like this?
Connect With Us Today 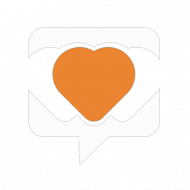 Who we are
How we work
Why Hannes Media?